Every so often I get inspired by my favourite TV shows and movies and I bake something to honour those make-believe characters and stories. It’s a great chance to combine two things I love and enjoy. A couple of months ago, I celebrated the new season of Doctor Who by making “fish fingers” and custard and Mini Cheesecakes shaped like fezzes – two things that all Whovians will strongly associate with one of the earlier seasons where the Doctor was played by Matt Smith. It was through these two posts that I connected with Katie – the blogger of The Perfect Brownie, and Vohn – the blogger of Vohn’s Vittles, two fellow Whovian dessert bloggers! Katie then came up with this awesome idea of a Dr Who bake-off event, which of course I readily agreed to. Fast forward two months, and it’s time for the first Doctor Who baking challenge by the Time Lord Chefs!

I wanted to try something new for this event, so I made my very first sculpted cake! I did make an Owl-shaped cake for my sister’s birthday a couple of years ago, and although I didn’t actually carve that cake I learnt quite a few lessons from that experience that I applied to this cake. This post is not a recipe however, it’s more of a tutorial on baking a 3D, face-shaped cake. More specifically, this is my Clockwork droid/Half Face man, Doctor Who cake! 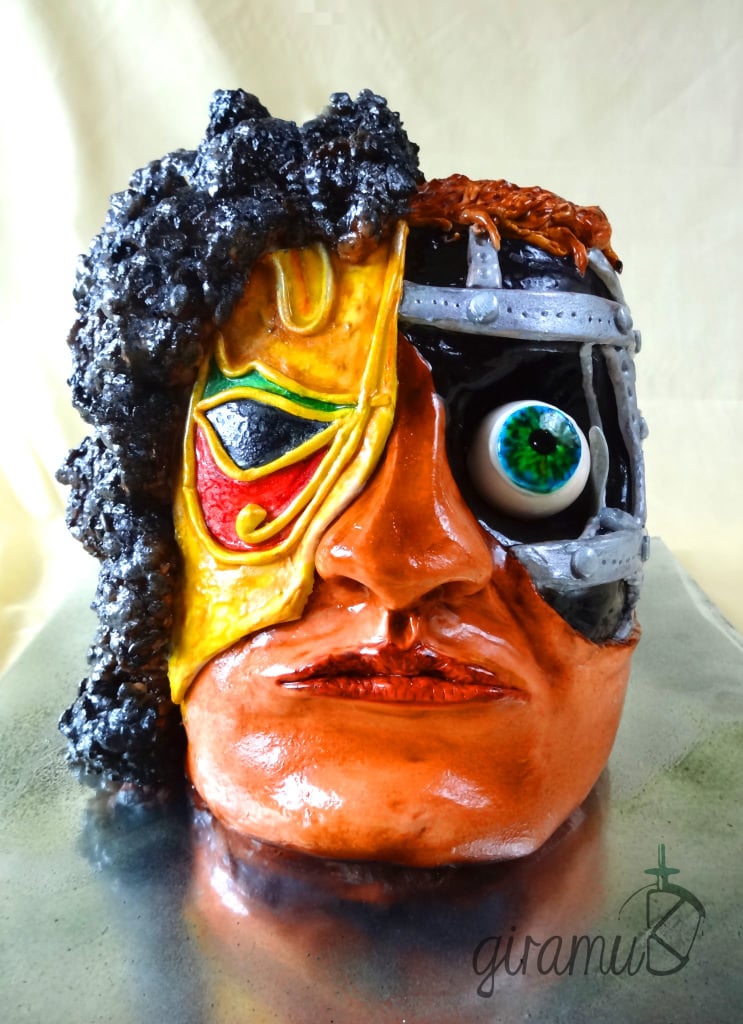 Season 8 is almost over, but my favourite episode is still the season premiere. I loved the introduction of the new Doctor and the conflict it caused in all the other characters! It broke my heart when at the end, Clara talked to the Eleventh doctor on the phone and said how much she missed him, and then when the new doctor looked at her and said “You look at me and you can’t see. Have you any idea what that’s like? I’m not on the phone, I’m right here. Standing in front of you. Please just… just see me.” I bawled when he said that. It just isn’t nice to play with human emotions like that!

Another reason why I loved that episode was that they brought back a baddie from previous episodes that terrified me – The Clockwork Droids! They were terrifying in “The girl in the Fireplace.” Probably because they resemble skinny robotic clowns. I was also ecstatic to find out during this episode that the half-face man was actually a clockwork droid too! So this was where I got the inspiration for this Half Face Man Doctor Who Sculpted Cake! 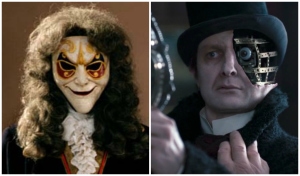 Bear with me as this will be a longer post, as I try to go through the steps with you. This cake base will also work well for skull cakes or face cakes. I had a few back-up plans in case this went wrong. Plan B – A mummy cake (The Mummy from The Orient Express) and Plan C – Cyber Man head cake!

You could use a box cake mix to make things a little easier, but make sure it is a sturdy cake. If you use a softer cake then it will likely collapse under the weight of the fondant. I made a dense mud cake.

I baked 4 – 6 inch round cakes (2 inches high), stacked them up with chocolate ganache between the layers and stabilized them with a dowel through the middle.

I froze the cake over-night and then carved it the next day in the shape I wanted and added details with modeling chocolate and fondant. I also took a deep breath and kept my fingers crossed every step of the way and that also seemed to help, so thought I should mention that.

I revised my plan slightly along the way to make the model smaller. I had drawn out on paper what I wanted the cake to look like from the sides, front and back. I made cardboard stencils of the shapes so that I could use them to shape the cake.

To smoothen the cake, I used ganache again. I used a 1 inch cookie cutter to mark the eye sockets. I knew I only needed 1 eye socket, but I made two so that in case something went wrong I could make a mummy cake. I knew it could be filled up if needed.

Using the guide I had drawn out, I cut out a larger piece of the cake where the eye would be on the right side (the “Robot” side – see picture above for an image of the character from the show).

I sculpted the nose, chin and mouth with modeling chocolate. I knew I had to exaggerate these features a little so that when it was covered in fondant the features could still be seen and they would also be smoother. I moulded the nose to be a little crooked to match the clockwork droid’s ‘broken nose’. I had to cover two-thirds of the right side with black fondant first as this was going to be the base for the hollow ‘inside’ of the droid’s face.

Next up was the flesh coloured fondant. This had to be applied slowly. I didn’t know how to do this in a way that didn’t waste extra fondant, and maybe with time and experience I will figure it out. The first time I messed it up by rolling the fondant too thin, so I tried again with a thicker fondant. I started from the bottom and gently stretched it over and around and used my fondant blade to cut it in the shape I wanted. 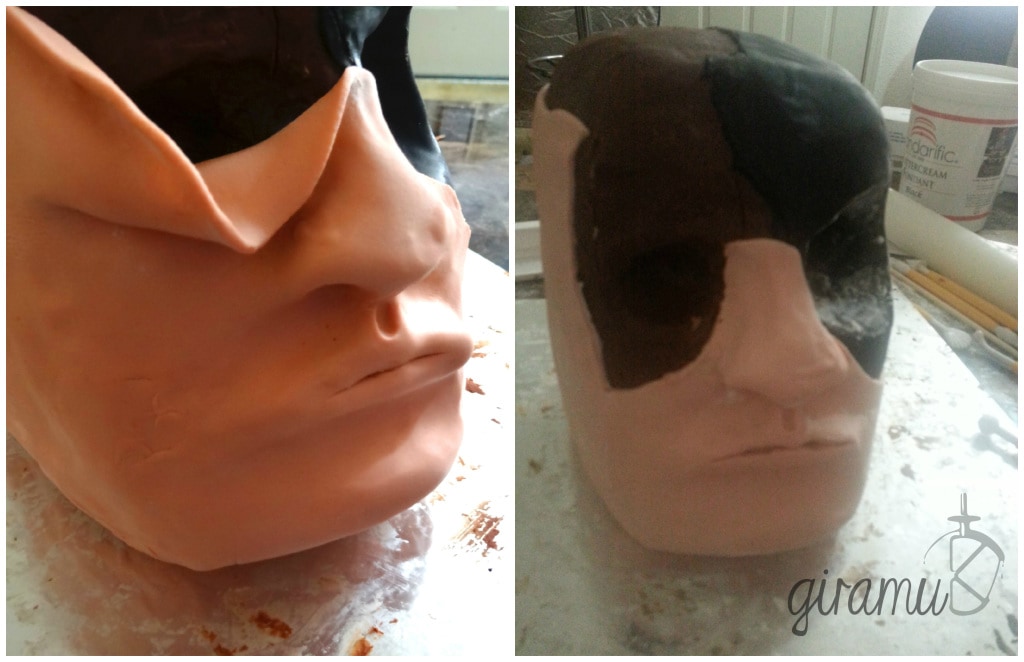 I used my Fondant tools to mould the skin around the nose, lips and chin. Then I shaded the edges a little dark with an airbrush to make the skin look “torn,” like in the character.

I think I may have gotten a bit over-zealous when I airbrushed the skin to give it some colour. I would have liked it a little paler, but hey it’s a lesson for next time! Next I used fondant to create the short hair for the clockwork droid. I used my fingers and fondant tools to create the texture of short hair. Again I used the airbrush to get the high and low lights with warm brown, black and yellow. 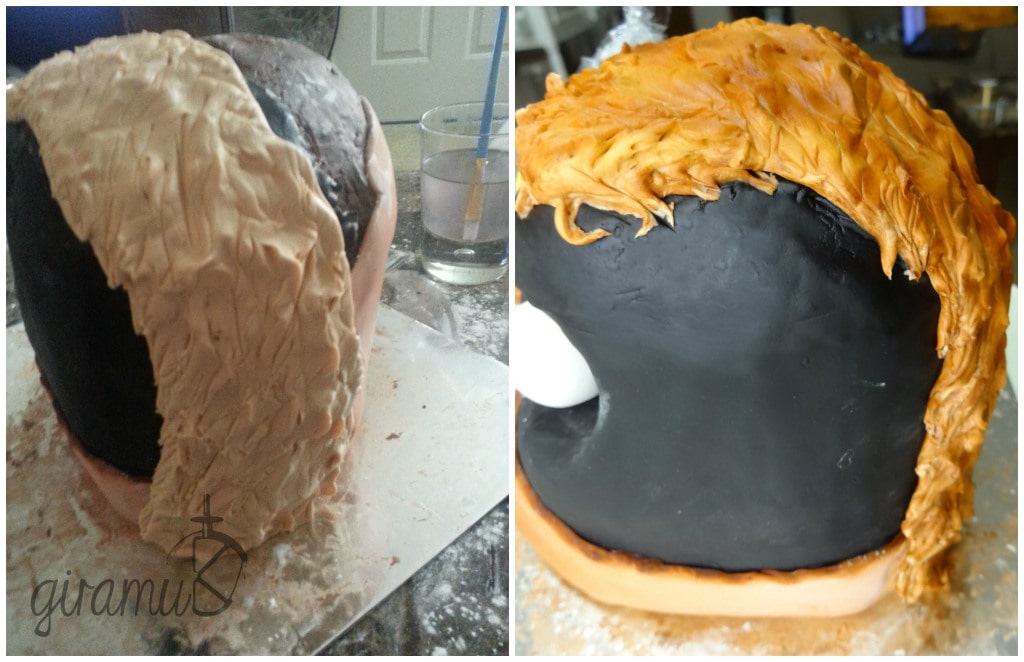 Unfortunately, I don’t have a picture of myself making the eye, but I can say I LOVED painting the Iris. I know that the half face man has brown eyes, but I had to go with blue because it looked just too good! First, I tried making the eye with modeling chocolate. Then I used a foam ball covered with fondant, but neither worked. So my next move was to make the eye with gum-paste and then stick the iris on it. This is what I went with in the end and I have to say I loved how it turned out! I stuck a toothpick through it and let it dry overnight and then inserted the toothpick through the cake to create the illusion of a “floating” eye.

I drew out the mask on paper, then used it to cut out the fondant in that shape. Then I rolled out more strands of fondant for the gold lines on the mask and then pasted them on with water. Next I painted the red, green and black of the mask. It was a little trickier this way as I got paint on the gold lines, so next time I do something similar I might do the painting first and then do the outlines.

When the mask was done I trimmed it a bit and then air brushed it to give it an antiquated look. 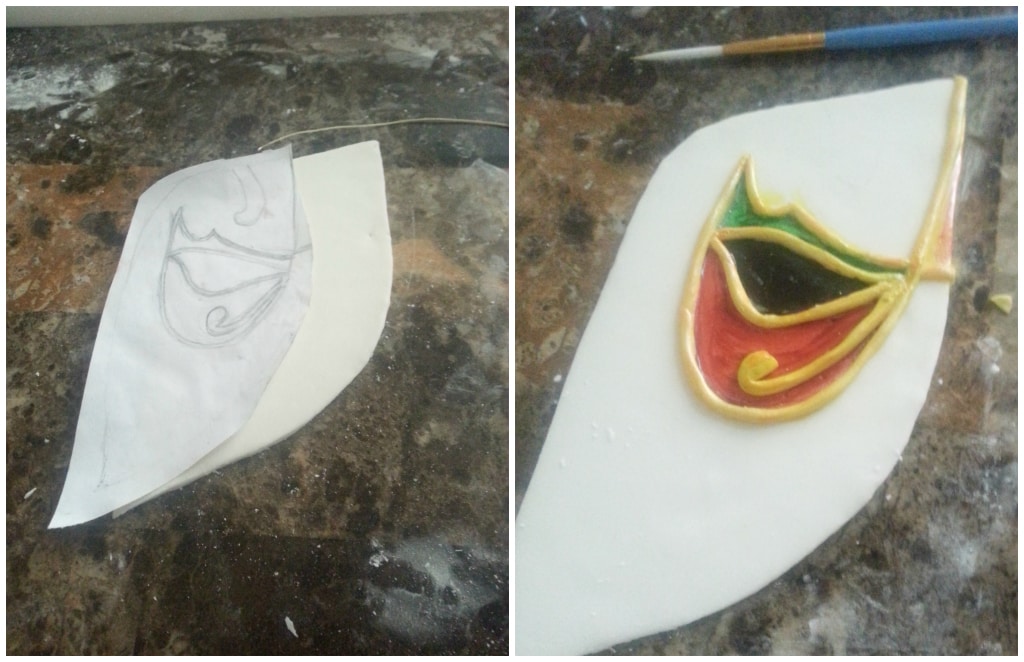 For the metal structure of the droid’s right side of the face, I cut out strips of white fondant and then airbrushed them in silver paint. I decided to put in the fine details after I had stuck them on the cake. I touched it up some more with silver and black paint. I don’t have any pictures of myself doing this, as I was too consumed by what I was doing and forgot to take any… oops!

I had a few mishaps along the way, the biggest of which was getting the Clockwork droid’s hair right! I wanted to use Candy Floss, but couldn’t find any where I live – so I made Marshmallow! Marshmallow looked amazing, but it just didn’t stay on! The weight of the marshmallow on the side kept pulling the whole “wig” down! Ah gravity, how I hate thee! So after some re-strategizing I decided to go with Rice Krispies. I made little ropes with Rice Krispies and stuck them on to the head using toothpicks. I curled and twisted them around to create the texture of curly hair.

After drying out the rice Krispies over night, I spray painted the hair with black and silver (because I didn’t have white – white would have been better). I used silver to highlight the “curls”.

To make the fondant shiny I mixed corn syrup and vodka (1:1) and painted it on carefully, starting with the lighter shades and ending up with the darker tones.

This was the end result!

I was really happy with how it turned out, and it does indeed look creepy, I think. I don’t know how much it looks like the half face man from the show, but I think I did okay for my first try! What do you think?

Here are some of the details of the face/cake.

The cake turned out to be great too! It was a very chocolatey, moist mudcake and it tasted amazing. It also held well under the weight of the fondant and rice krispies. There was the slightest amount of sagging, but it wasn’t noticeable at all. 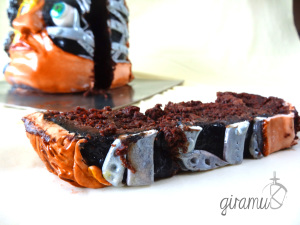 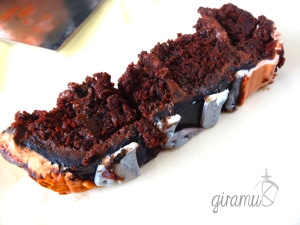 I would love to hear what you guys think about my first sculpted, Half Face Man, Doctor Who cake. I know it doesn’t look perfect but I had so much fun making it! I wanted to challenge myself and try something new. I am by no means an artist, or a trained cake decorator, but this taught me so much. I can’t wait to have another excuse to make a 3D sculpted cake or anything to do with Doctor Who!

Are you excited for the season finale? I sometimes re-watch previous episodes to better understand Peter Capaldi’s version of Doctor Who. I miss the warmth and quirkiness that Matt Smith’s version brought to the character. He was sneaky in a really amusing way and it contrasts quite a bit with the new doctor who is more furtive in an awkward kind of way. I am definitely looking forward to finding out more about Missy, Clara and “Paradise”! If any of you reading this is a fellow-Whovian, what are your theories and predictions? Do let me know with a comment below.

If you think I am a Doctor Who fan just because of this post, wait till you check out these awesome recipes! 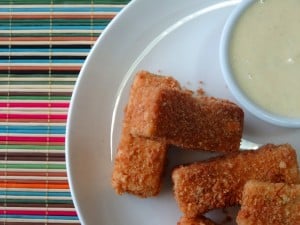 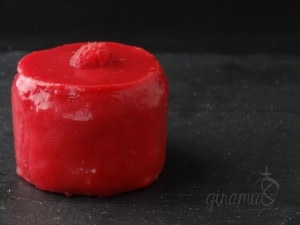 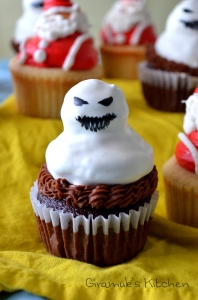