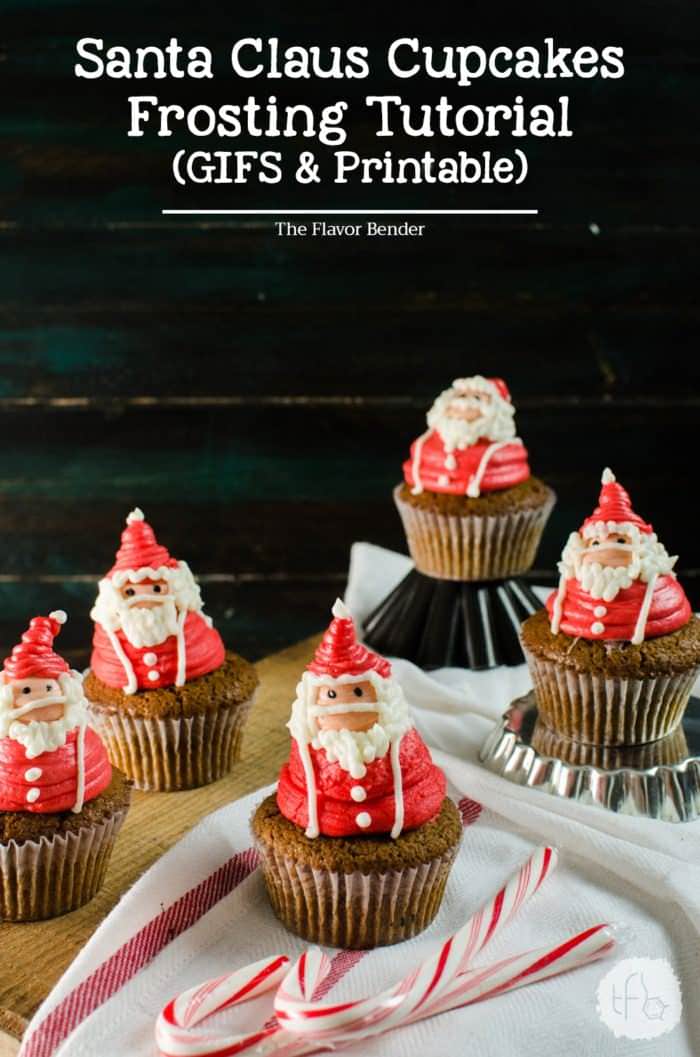 Santa isn’t real. No, really. I know how you’re feeling. And do you know how I felt about it when I first realized this earth-shattering fact of a child’s life? Overwhelming relief, that’s what. I mean how traumatic is it to know that there’s a guy who sneaks into people’s houses at night, down through the chimney and leaves things in their living room, and that your parents not only condoned such behavior but they were positively gleeful about it?

But hey, that never stopped me from enjoying the holidays and celebrating Santa’s spirit! I love a holiday just as much as the next person. And even though I never celebrated Christmas, I found all those bright lights, decorations, food and the holiday cheer to be fun and contagious!

I do love Doctor Who and I have the evidence to back it up. 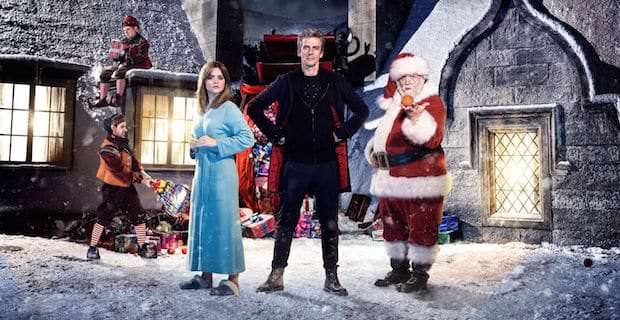 But as much as I love Doctor Who, I decided to give these cupcakes a well-deserved holiday upgrade.

So how did I make these Santa Claus cupcakes even more Christmassy? Instead of vanilla cupcakes with tangerine curd, this time I made Gingerbread Cupcakes with an eggnog pastry cream center and cream cheese frosting! So much YUM! 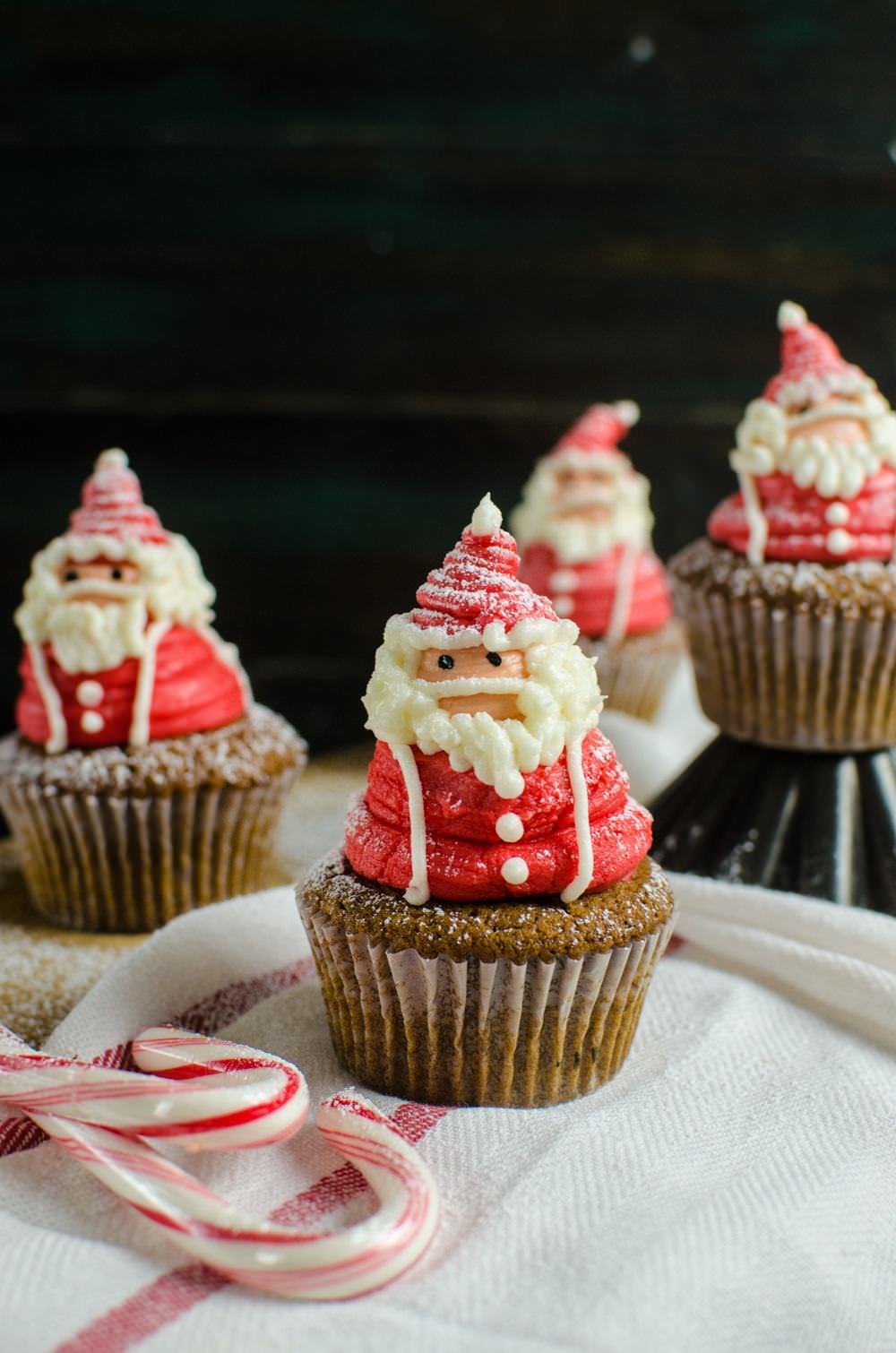 The recipe for those gingerbread cupcakes will be shared on the blog very soon, but here I’ll be sharing this tutorial on how to make an AWESOME frosting Santa Claus cupcake decoration!

You can make these Santa Claus cupcakes with any kind of cupcake and any kind of WHITE frosting. It’s also important to have a frosting that’s fairly stiff, so that it holds its shape when piped. Otherwise you end up with a blob that’ll look more like Jabba the Hutt wearing a Santa Claus costume. Not ideal, not good.

In order to get a stiff frosting, you need to add more confectioner’s sugar or you can use Swiss meringue buttercream too. 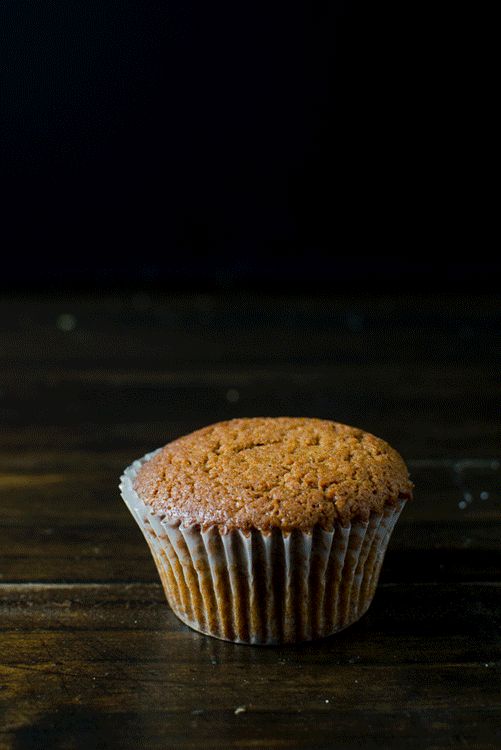 I prefer cream cheese frosting because – I love the taste, it’s easier to whip up, and because of that tangy flavor, you can add extra confectioner’s sugar and it won’t make it sickly sweet (compared to an all butter stiff frosting).

You will also need 4 types of round tips (Wilton) for these Christmas cupcakes.

I made these Christmas cupcakes along with Snowmen cupcakes as well, which was also really easy! So the detailed tutorial will have instructions for both. 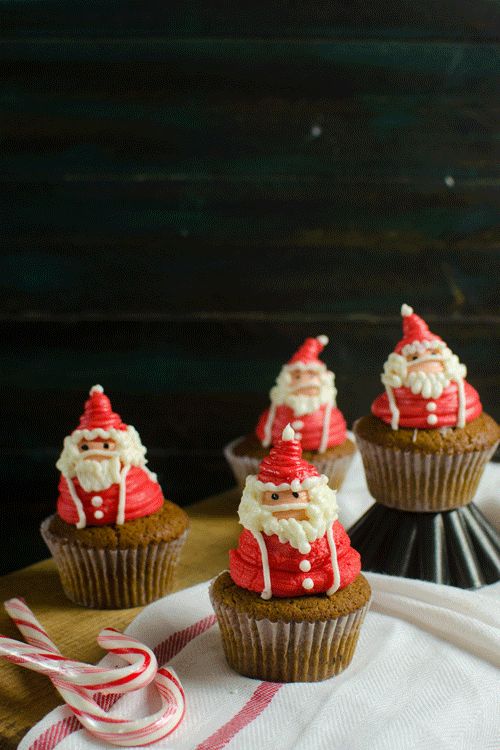 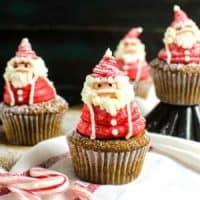 To decorate the cupcakes see instructions below (and the GIF). 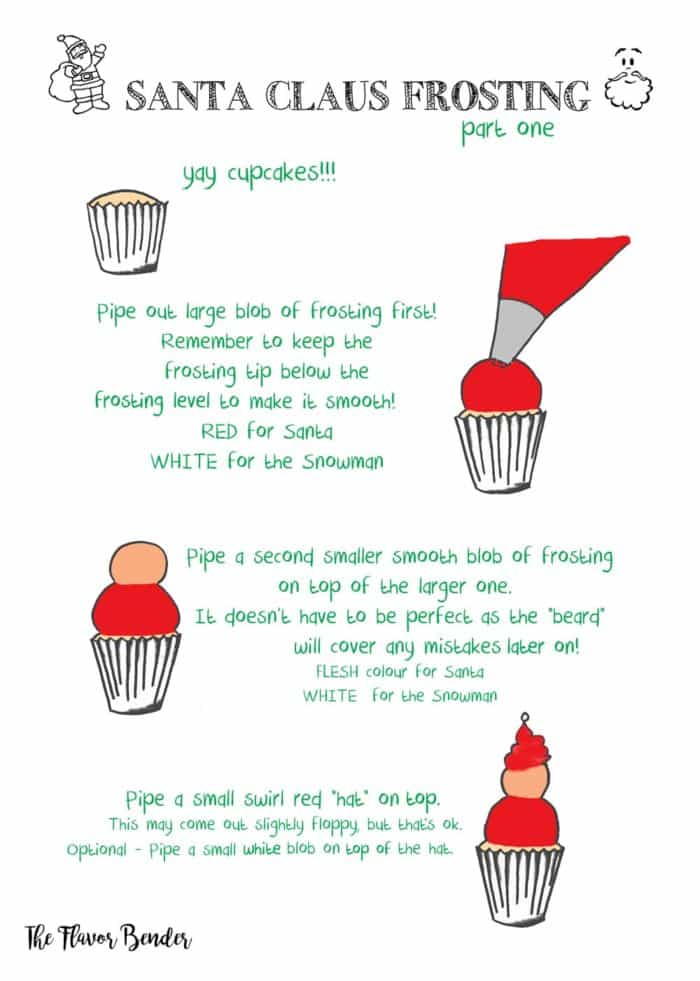 P.S. – a few of my cupcakes got squashed in the process of my taking photographs! 🙂 While I was devastated at first, going back and looking at the pictures made me laugh hysterically and I just had to share with you guys. It’s almost like squashed Santas are begging to be put out of their misery! 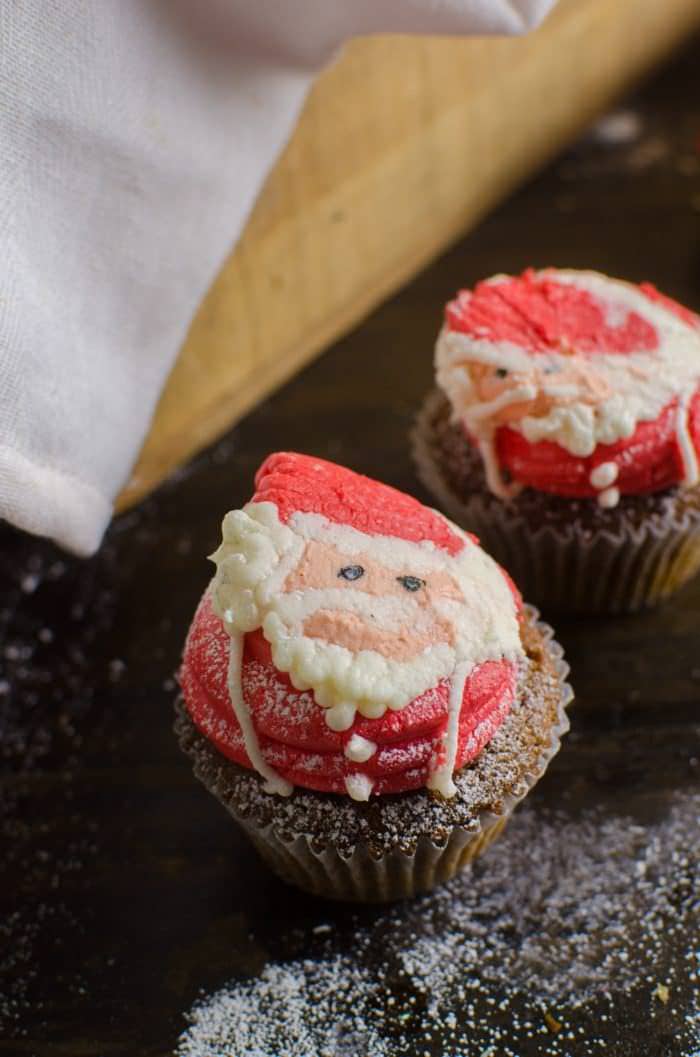 I hope all of you have a wonderful holiday season and a happy Christmas, Hanukkah, Kwanzaa and all other holiday celebrations coming your way! Thank you so much being such an integral part of The Flavor Bender this year, and I hope you stick with me in 2017 too! There’s never a dearth of fabulous recipes in the Flavor Bender kitchen! 🙂

If you liked this Santa Claus cupcakes (Christmas cupcakes) recipe, don’t forget to subscribe for new (and free) recipes by entering your email address on the side bar (and get all these recipes delivered straight to your inbox), so you don’t miss out on a thing. You can find me on FACEBOOK, TWITTER,INSTAGRAM,  PINTEREST, YOU TUBE and GOOGLE-PLUS too.