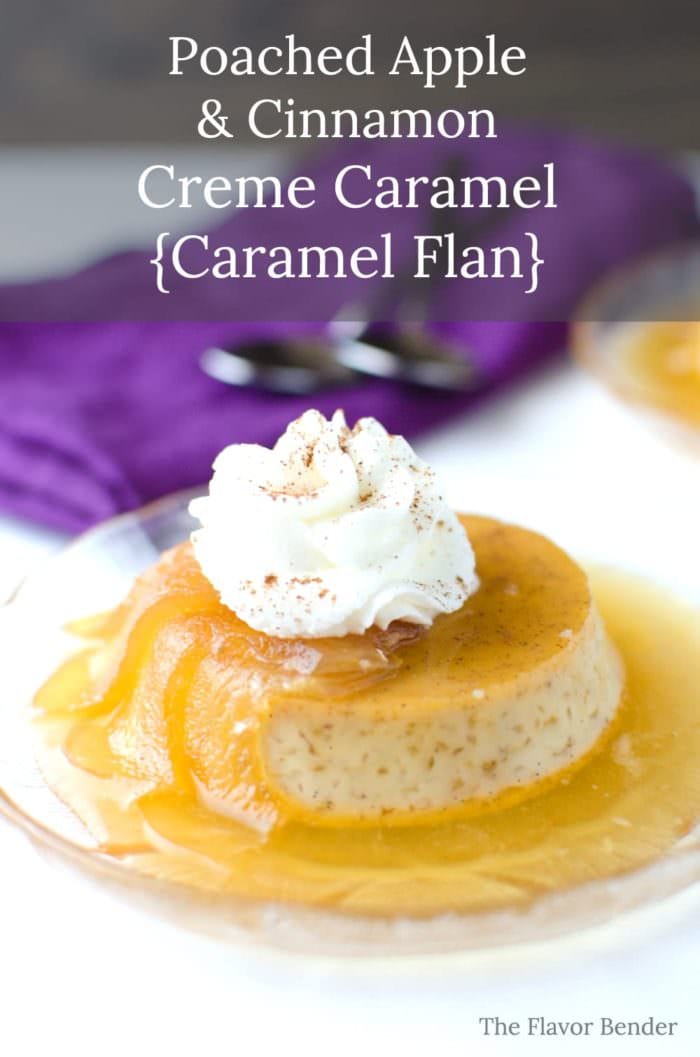 Creme caramel, flan, caramel flan, caramel pudding… whatever you call it, it’s the perfect dessert out there, at least in Mr K’s opinion. We’ve been going a little crazy with these delicious custards at home these days, trying out different flavour combos, pretty much subsisting only on them (well not quite, but you know what I mean), so I have a feeling it might just be a seasonal preference for the hubs. Come summer, I’m sure he might declare ice cream to be the most supreme of all desserts.

What I have for you guys today takes this beautiful and classic dessert to a whole new level in terms of flavour. This is Poached Apple & Cinnamon Creme Caramel (or Apple and Cinnamon Flan), a mash-up of two of my favourite desserts – apple pie filling and creme caramel. Deliciously creamy, velvety, silky-soft custard, infused with cinnamon and topped with apple flavoured caramel and poached apple slices. How good is all that? Like you wouldn’t freaking believe it!

The base of this delicious custard is my standard Creme Caramel recipe that I have previously published (that post is from last year, which was still very early days for this blog, which you can tell by looking at those pictures I’m sure). It’s an unbelievably easy dessert to make, yet SO delightful to eat. And you can easily make it ahead for guests. Just keep them in the fridge until you need to serve. Then you simply unmold them on to a dish and serve.

One adjustment that I made to that recipe here (apart from adding cinnamon to the custard of course) is in how I made the caramel sauce (the one that you pour into the mold before you add the custard). Instead of water, I used apple juice (apple cider) to add apple flavour to the caramel. So unlike in that recipe, here you have to wait until the caramel turns a slightly darker amber colour before you add it to your ramekins/dishes. This is because the apple juice is amber coloured to begin with (unlike water in the basic recipe). Also, the caramel doesn’t harden completely here, and stays a little sticky because of the apple juice addition. However this does NOT affect the final product in anyway. This Apple Cinnamon Flan is going to be all kinds of amazing! 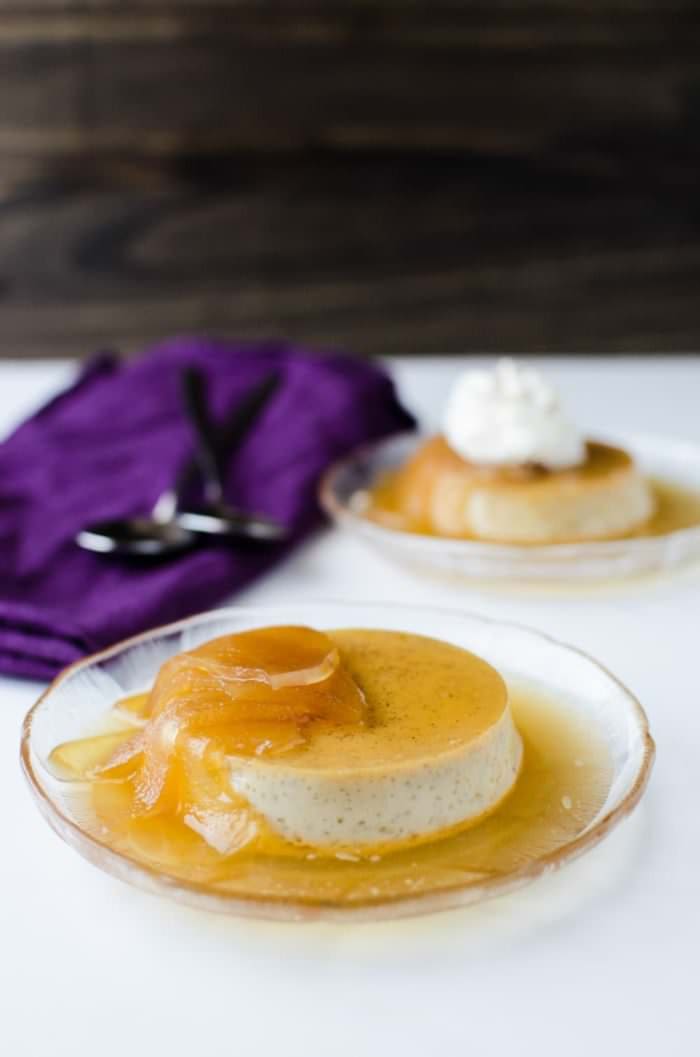 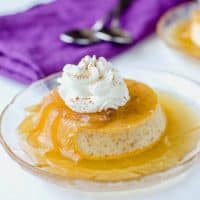 The apple flavour comes through unbelievably well in this apple flan. The apple caramel infuses into the custard a little as it bakes and on top of that (quite literally), you have the apple flavoured caramel topping. But hey, I didn’t stop there. I took it a step further and poached apple slices in caramel and then piled them on top of the baked custard too! So damn gooooood. So really, unless you’ve gone taste blind to apple, there’s just no way you’re going to miss that apple flavour in this dessert.

And then of course we have the custard itself. The cinnamon custard. I wanted to give it a warm flavour profile without it being too overpowering or without drowning out or competing with the apple flavour of the sauce, which is why I decided to spice it up a little with cinnamon. The custard is insanely creamy and delicious, and has no eggy feel to it (which I find very off-putting in creme caramel). 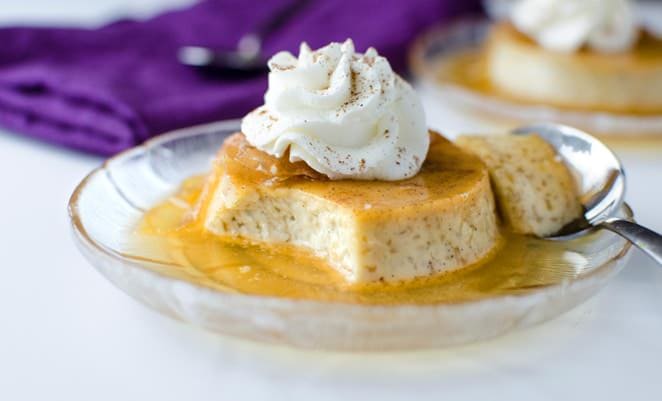 So imagine this beautiful Apple Cinnamon Creme Caramel, bathed in delicious apple flavoured caramel sauce and then topped with poached apple slices and maybe a dollop of whipped cream, on a gorgeous little dish… Maybe Mr K was on to something. This just might be the perfect dessert to impress your guests this holiday season. So easy, so versatile, yet sophisticated in both flavour and texture.