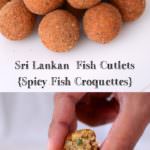 Having lived in the US for an year now, the one thing that still fascinates me is the near fanatical sports culture here. That is not to say that it’s an alien concept to me. My friends and family hail from Sri Lanka, New Zealand (Go All Blacks!) and Australia, three countries where sports is part of their national identity and also their de facto main religion, where kids model their looks and mannerisms after cricketers and rugby players. From what I’ve seen and heard in the past year though, I can safely say that the game day culture in the US is second to none either.

The closest to a “Superbowl” that I’ve ever experienced is probably the cricket world cup, although that comes every four years and it’s an international event played amongst countries, so there’s perhaps a bit more intensity in cricket fans’ cheers (and as a matter of fact, the next cricket world cup starts in less than three weeks from today, and this time the world cup is hosted by Australia and New Zealand, where a lot of the games are being played on grounds just a few of blocks from where I used to live in the last dozen or so years!). Surprisingly though, I never quite embraced that culture and I remember how my poor dad used to be outnumbered 3:1 (now 2:1) against watching sports on TV when I was younger. Whenever we did get together on game day though, there was one dish that always, and I mean ALWAYS made an appearance. A game day spread in Sri Lanka will NEVER be complete without Sri Lankan Fish Cutlets { Spicy Fish Croquettes }!

I have been seeing some amazing game day snacks on the Internet in recent weeks on account of the Superbowl this Sunday, which made me crave for similar snacks that I grew up with. So I thought I might introduce some quintessential Sri Lankan flavours to the game day culture here. These “cutlets” are not the cut of meat variety. They are a form of croquette. They have the “crunch” that croquettes are known for and named after and they also have potatoes and meat. One thing I have never seen in these cutlets but have seen in croquettes is cheese. There is NO cheese in cutlets! What they do have is a lot of spices! Lots of green chilli peppers (like serrano or even jalapenos), black pepper and a touch of curry powder. Making these fish cutlets reminded me of a hilarious incident from several years ago, when I made myself some cutlets as a treat and then never got to enjoy them! I was at my uncle’s place in Sydney and had made a batch of about fifteen cutlets. I then kept them aside (on a chair – big mistake!), and then started heating some oil in order to fry the cutlets. A few minutes later I turned around and there were only three left on the plate! And plopped down on the floor right next to it and looking up at me mournfully was Zoey (my uncle’s pet dog). I couldn’t believe she had made them disappear that fast and had to throw out the remaining ones on the plate too as they were covered in an additional coating of her saliva. I had made them for dinner and was hoping to make them last for 2 days while I worked on an assignment (5000 words, thank you very much). In the end I had to settle for a cup of noodles. I couldn’t possibly have been mad at Zoey though. Not with those gorgeous, apologetic eyes!

Each Sri Lankan family has their own (ever so slightly different) version of these cutlets depending on the ratio of ingredients they use. But they all use the same core ingredients. The difference you will find in my recipe (which I have never seen anyone else do before) is that I added flavour to the crumbing mixture by adding a spice mix to it so that you get a flavourful crust (à la fried chicken). It’s a simple change, but one that packs quite a punch. What makes a perfect cutlet in my opinion is, These Sri Lankan fish cutlets { spicy fish croquettes } have incredible flavour packed into little bite-sized packages. And it’s amazing how so many wonderful childhood memories of mine from a different land and a different culture come to life every time I make them and eat them. My mother makes these without a scale and I have learnt to make them without measuring out ingredients too, but I have measured them out here just for you guys! That being said, you’re more than welcome to play around with the ratios of these ingredients and see what you like best. This recipe is quite amenable to that kind of change. 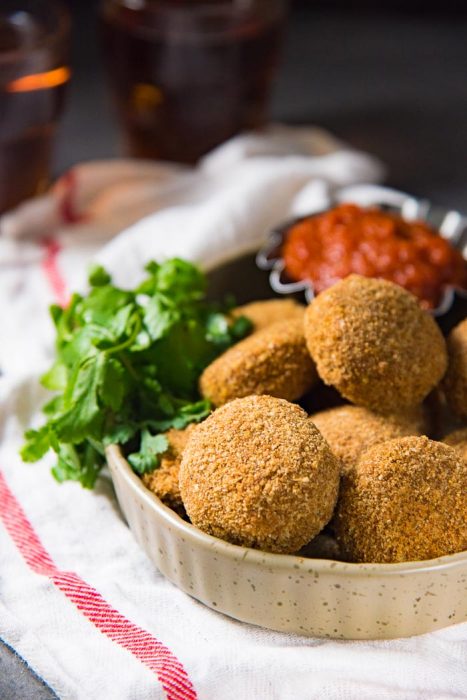 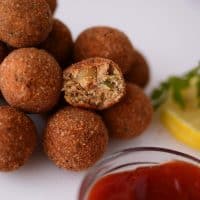 This is a slightly adapted version of my mum's recipe.
Serves 35 cutlets
Print Rate

These cutlets have the perfect crunch while they are still hot. However, the chances are that they will cool down as you fry a new batch. These can be made crisp again by heating up in the oven just before serving, if you wish. But this is not required at all. They will still be just as flavourful. They can also be kept in the refrigerator for a few days, although it’s very unlikely that they will last very long (unless you make a giant batch of several hundred of them!). They have never lasted more than 2 days in the fridge for me so I can’t say for sure how much longer they will last in there. However you can freeze the uncooked ones (in plastic bags) for later. Just thaw them out before frying. With a spicy fish and potato filling and a thin crispy shell, these are unbelievably delicious little morsels! You can taste all the flavours in one bite with a great balance of spice, sweet, sour and salt. Even though I added two jalapenos (with the seeds), the heat mellowed out a little with the addition of potatoes. And you can use whatever protein you prefer for the filling too. These are usually served with tomato ketchup or chilli sauce if served as a snack. We have even had it as a side dish with rice and curry too. Whatever you have these with, I will guarantee that you won’t stop at one. Or even five. Trust me on that one. And in my husband’s case, not till every last one of them has disappeared down his gullet!

You can find me at FACEBOOK, TWITTER, INSTAGRAM, PINTEREST and GOOGLE-PLUS where I share pictures of what’s happening in my kitchen and all the other amazing recipes that I come across every day. You can also say hi to me through email too. Just by entering your email in the box below or on the side bar, you can make sure that you receive notification of all my recipes when they appear on the blog.

And remember to stop by my blog for another great game day treat in a couple of days!