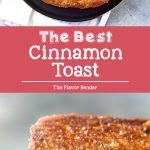 Sweet, crunchy, salty and addictive deliciousness – this is the Best Cinnamon Toast recipe (Creme Brulee Toast) that will give you perfect results every time! 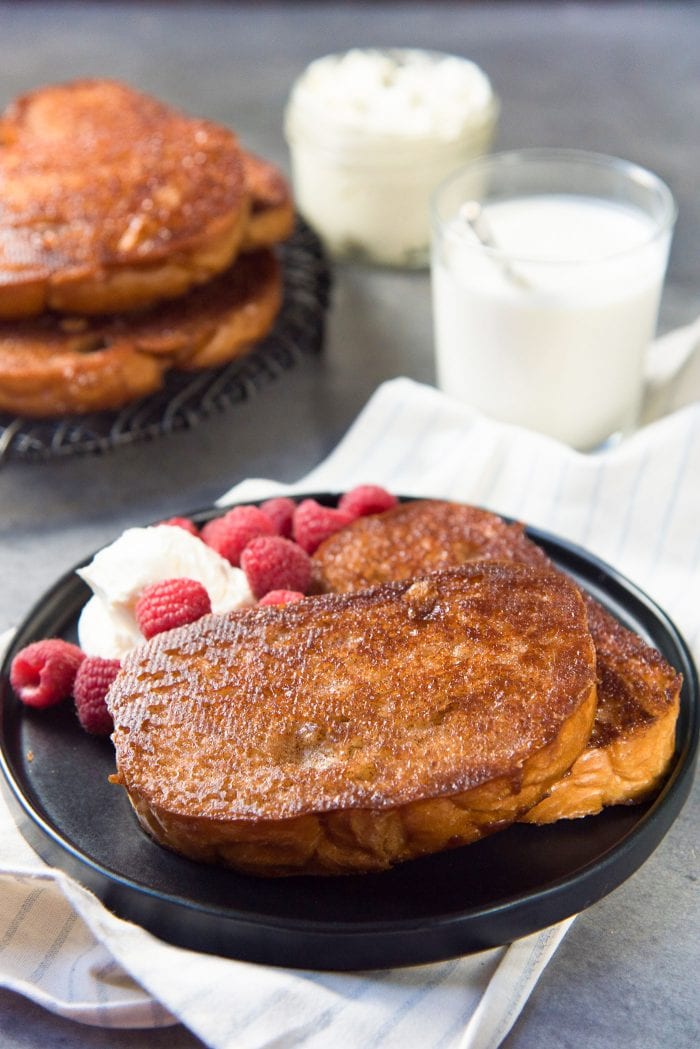 But it comes with a warning. Eat this cinnamon toast responsibly! Because, let’s be honest, this sweet, caramelly, buttery, salty, crunchy deliciousness that is perfect cinnamon toast, will NEVER be featured in any healthy, super food lists. This is an indulgent snack that will instantly transport you to a sweet place from where you would not want to return. And I promise you, for those few fleeting moments, it’ll all be worth it! 🙂 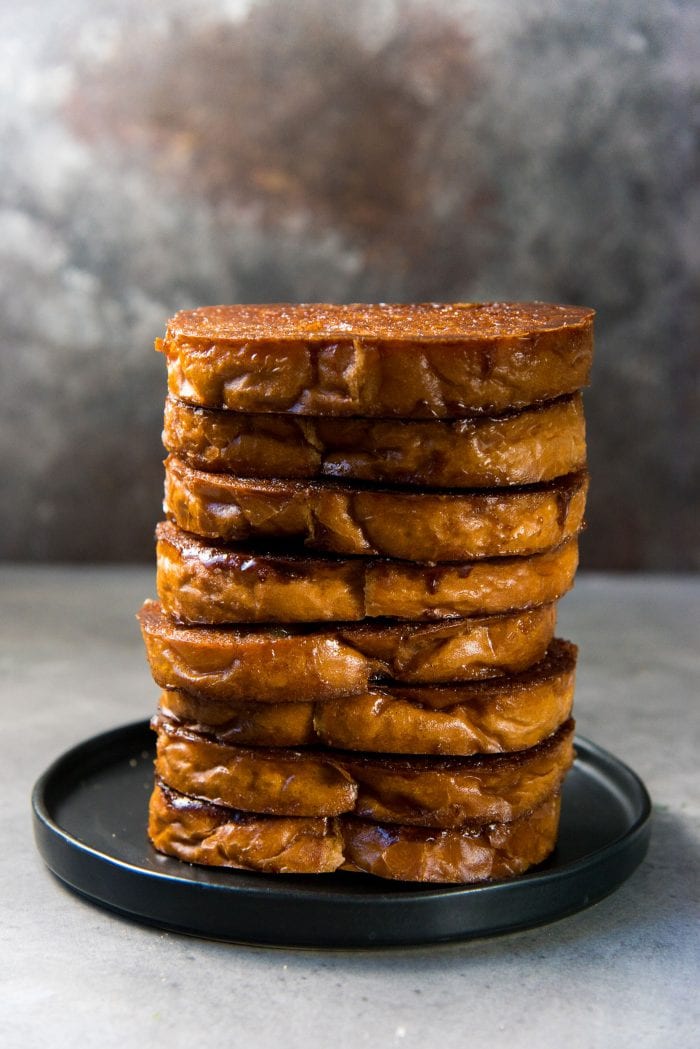 For those days when you feel like you don’t deserve what the world has to offer you, this caramelized cinnamon toast is the treat you deserve! 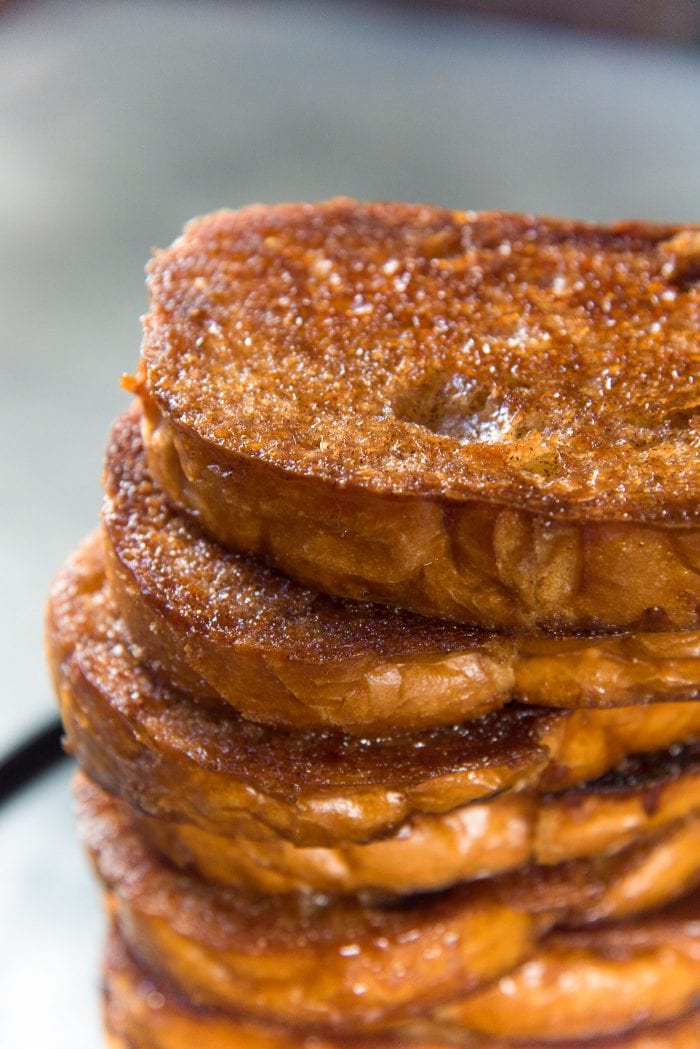 So why is this the best cinnamon toast?

See how shiny that toast is? That’s the caramelized sugar. Like the top of a creme brulee. 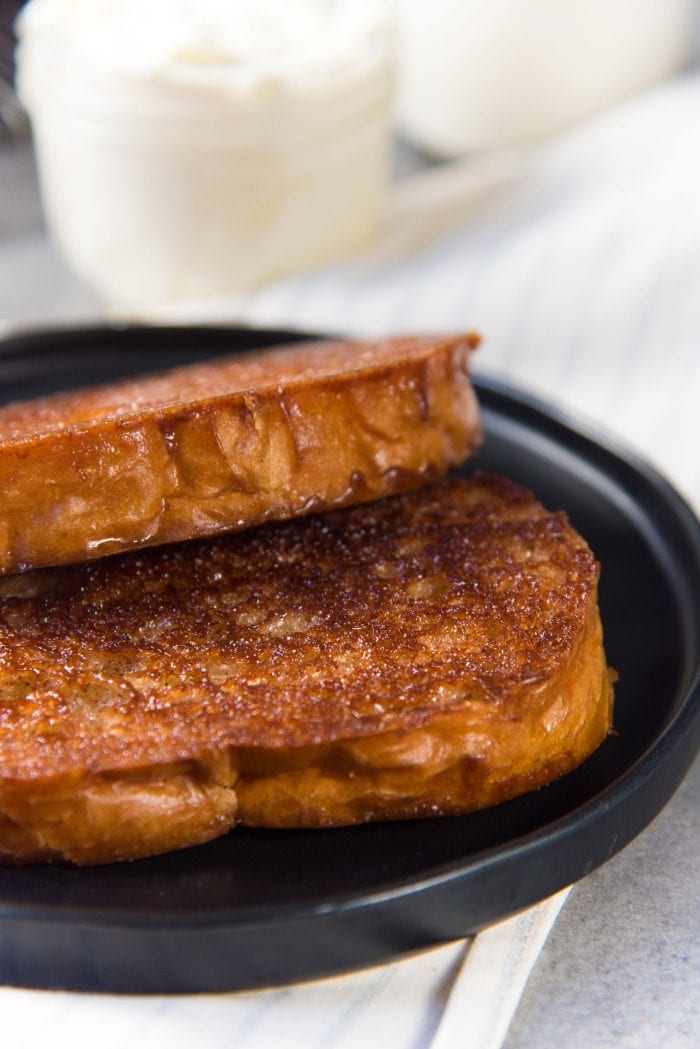 I based this cinnamon butter on the butter-sugar mix that I used to make for caramel toast that we used to eat as kids. Sugar and butter with toast was a very popular snack for me as a kid for obvious reasons, but the addition of cinnamon happened much later it life. I only use butter, sugar, cinnamon and salt to make this cinnamon butter here, but you can also use any of the following to add more flavor too. 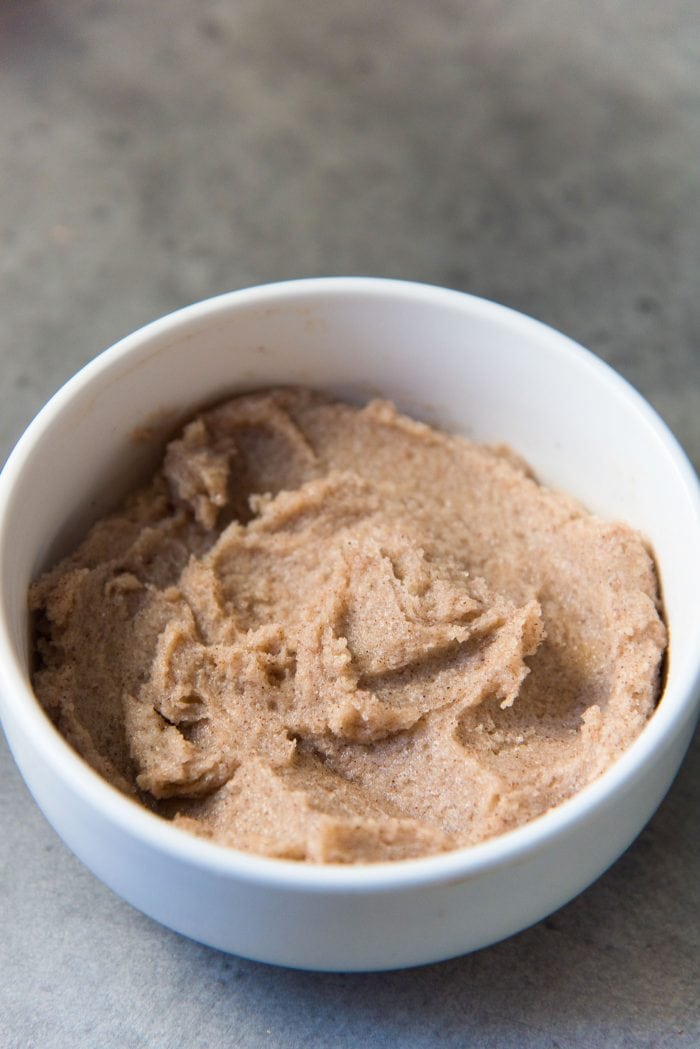 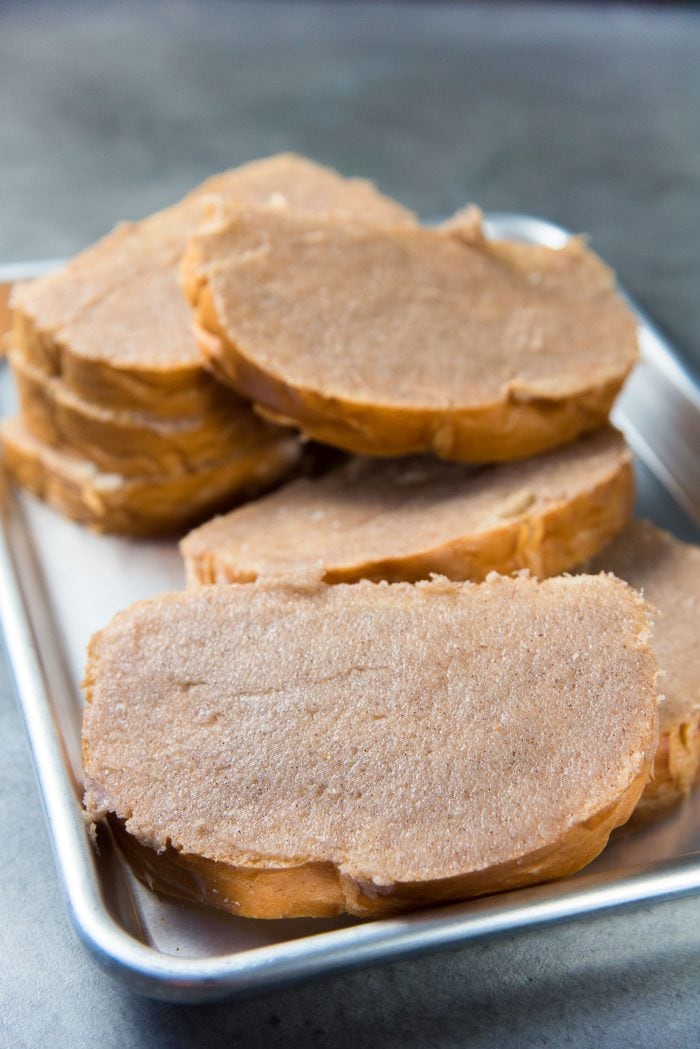 What do I pair with the best cinnamon toast?

These are some of my favorite toppings and pairings for this cinnamon toast. 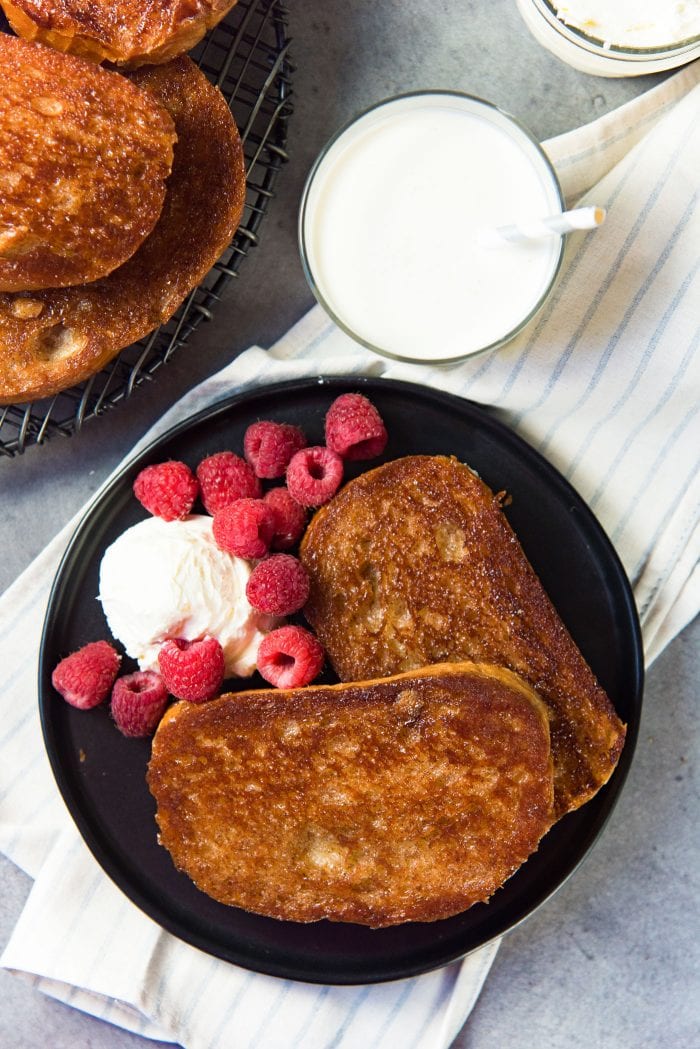 Here are some tips to get perfect cinnamon toast 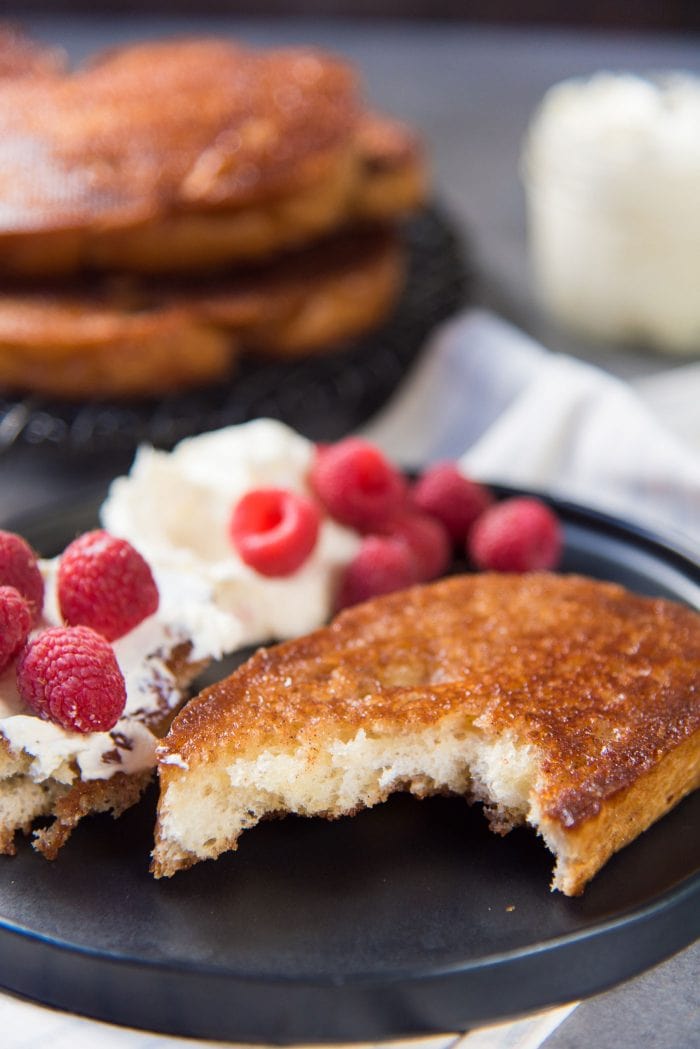 And as a bonus, here’s a decadent dessert or brunch recipe using these cinnamon toasts – these roasted blueberry and brie with cinnamon toasts are sure to blow your mind! 🙂 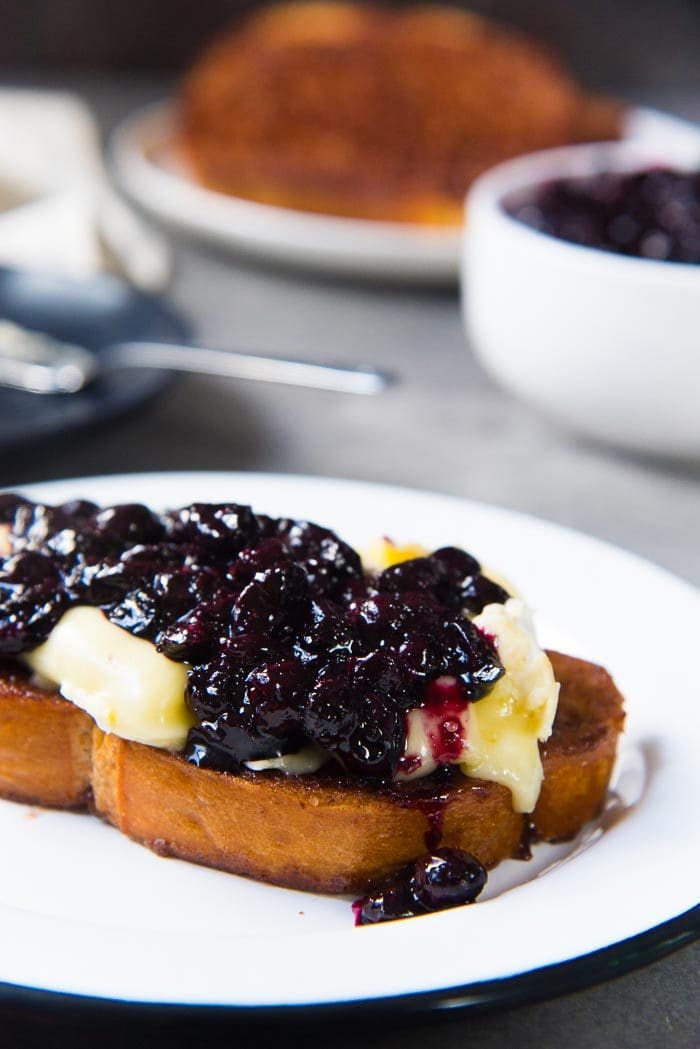 If you liked this amazing cinnamon toast recipe (creme brulee toast), don’t forget to subscribe for new (and free) recipes by entering your email address on the side bar (and get all these recipes delivered straight to your inbox), so you don’t miss out on a thing. You can find me on FACEBOOK, TWITTER,INSTAGRAM,  PINTEREST, YOU TUBE and GOOGLE-PLUS too. 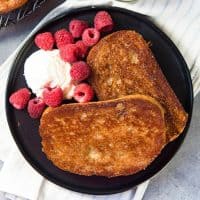 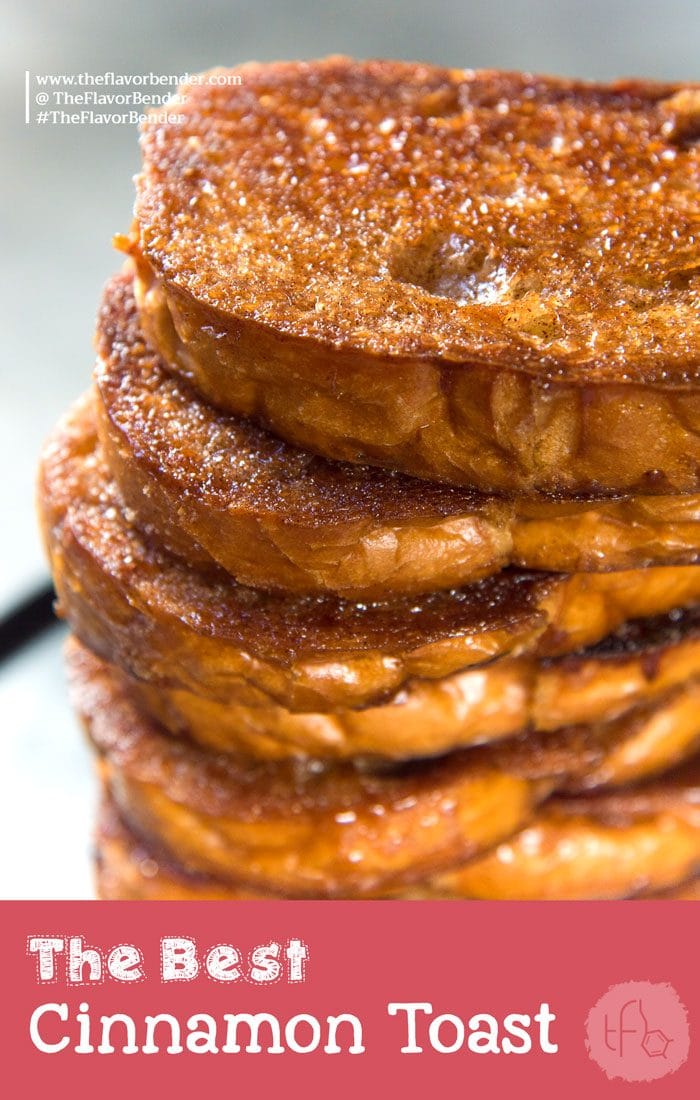